Abstract: The strength of a fine-grained lateritic soil from three (3) different localities on Abuja – Lokoja road where road failure happen was treated with rice husk ash (RSA), cement and sodium silicate activator (SSA), with varying percentage examined by means of Atterberg, CBR, and triaxial shear tests. This result confirms that 6% cement– 8% KCP mixtures, and 6% cement–8%-GP mixtures attain the maximum CBR value, respectively, 100% and 125.75%. Lateritic soil treated with 2% stabilizer yielded CBR values of more than 405%, that is for soil treated with 6% sodium silicate, the CBR values increased at least by 14% compared to unimproved soil. Likewise, the outcome of triaxial compressive strength demonstrates that the cohesion of the stabilized sample was low at the highest angle of internal friction which makes soil very plastic. The lowest cohesion of 15 kN/m2, 11 kN/m2 and 10 kN/m2 was achieved at 8% KCP, 4% SSA and 6% RHA at highest frictional angle of 20°, 28° and 28° for KCP, SSA and RHA respectively.

Abstract: The drilling mud clay, till date, is still being imported, and there is no insight on when it will stop except our local clay is found suitable as the imported clay. This is the basis of this research work. This study, to a large extent, will reduce the huge millions of dollars spent on importing the clay, and stop the additional cost created on the overall cost of drilling expenses, and increase revenue generation for the government. In addition, generate employment opportunity and trigger industrial growth. This experimental work evaluates the suitability of local clay filtration properties (water loss and filter cake thickness) and was compared with the imported mud clay to ensure it agreed with the acceptable API specification standard. From the experimental values, it’s found the local clay has high fluid losses as seen the values 95.1 cc, 63.0 cc, 47.4 cc, 34.2 cc, 25.7 cc, 19.2 cc than 9.9 cc, 3.8 cc, 3.2 cc, 2.8 cc, 2.6 cc, 1.8 cc of imported clay. The mud cake thickness value of the local clay-mud is 2.50 mm while the conventional, is 1.03 mm. This indicates that the local mud cake had high water loss than the conventional mud, and which causes hole problems like: tight hole which resulted in excessive drag, increase in pressure surges due to reduced hole diameter, differential sticking due to an increased pipe contact with filter cake, and excessive formation damage and evaluation problems with wire-line logs. However, after beneficiating the local drilling mud with starch and dextrid, the result review dextrid was more superior to starch on both drilling mud samples. In addition, the local clay mud exhibited the characteristic of an API specification for drilling mud if further beneficiated, which then the local content development agenda would have achieved, would then be use as a substitute for the conventional imported clay and employment and industrial development and growth.

Abstract: This work was carried out to investigate the optimum conditions of temperature, time, solvent to biomass ratio and particles size on n-hexane extraction efficiency measured in terms of amount of oil extracted in g. D-Optimal Design of Response Surface Methodology was used to obtain 28 experimental runs, according to which oil was extracted from ground desert date seed kernel with the aid of Soxhlet apparatus. The particle size was used as a categorical factor at two different levels (0.6 mm and 1 mm) and other factors were numeric in nature. The temperature, time and solvent to biomass ratio were in the range of 50-70 oC, 1-4 h and 10 – 20 mL/g respectively. After the runs, obtained experimental data were fitted to cubic model and statistical significance of the model was evaluated using analysis of variance (ANOVA). The results obtained showed that the reduced cubic equation obtained was significant statistically with p-value of 0.001, which was found to be less than 5% at 95% confidence level. Also, based on the same criterion, the significant terms in the model were discovered to include time, solvent to biomass ratio and particle size. It was, however, noticed that the effect of temperature was insignificant on the model. The optimum operating conditions found was 60 oC, 4 h, 15 (150 mL/10 g) and 0.6 mm. The maximum amount of oil extracted experimentally at these conditions was 6.08 g, which compared well with the predicted value of 6.117 g.

Abstract: The stabilization capability of kaolin clay powder (KCP), Ordinary Portland cement (OPC) and rice husk ash (RHA) was scrutinized using laboratory scrutiny. This was meant at assessing the effect of KCP, OPC and RHA on the stabilization of three lateritic soils for use as sub-base pavement layer materials. Three soils (Soil A, B and C) were improved with various percentages (via weight of dry soil) at 0, 2, 4, 6, 8 and 10% for all stabilizing agents and compacted via BSL (British Standard Light) energy. Their impacts were assessed on the strength physiognomies such as UCS (unconfined compressive strength), OMC (optimum moisture content), and California bearing ratio (CBR), and MDD (maximum dry density tests based on ASTM (American Standard Testing Materials) codes. The result reveals that MDD improved with increase in the quantities of all the additive (SSA, KCP and geopolymer) content, while OMC for KCP reduces from 18.65% at 0% to 14.02% at 10%. Both Sodium Silicate Activator (SSA) and geopolymer increase from 18.65% at 0% to 18.86% and 22.20% at 10% respectively.  Similarly, it displays highest CBR of the soil from 10.88% at 0% to 12.84%, 112.95% and 144.45% for SSA, KCP and geopolymer, this specify that lateritic soil treated with 2% stabilizer yielded CBR values of more than 405%.

Abstract: Studies abound on thermal comfort assessment of passenger cabin of various types of cars. Not many are known for commuter buses especially the types common in African cities with hot and humid weather. Also, concerns have been raised on the spread of the corona virus among passengers of these often-overcrowded buses. This study therefore investigates experimentally the level of heat build-up within the passenger segments of Volkswagen minibus, small and big Mercedes Benz 911 commuter buses in Lagos, Nigeria under varying conditions with the aim of suggesting ventilation methods that can mitigate the challenges. Using a sensitive digital thermometer, air temperature in the passenger segmentis measured at strategic locations within the bus for varying number of passengers when loading, when in motion and when held-up in traffic. The results show that, when loading, the number of passengers in the vehicle correlates with the rate of metabolic heat generated. While in motion, air temperature drops steadily as the bus speed increases due to cool outdoor air inflow. However, when in traffic, the heat level becomes very high with the temperature up to 41 oC in some cases. Air convection within such environment encourages the spread of the corona virus. To mitigate the challenges, two cost-effective and efficient ventilation methods are proposed. It is believed that enforcing the implementation of the ventilation methods will not only greatly improve the comfort of the passengers in the buses but also minimize number of passengers getting infected with the corona virus while commuting.

Development and Performance Evaluation of a Castor Oil Extractor 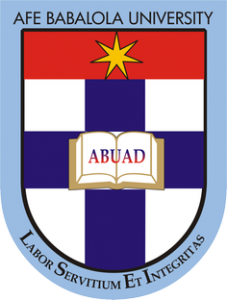 Your browser is not supported for the Live Clock Timer, please visit the Support Center for support. 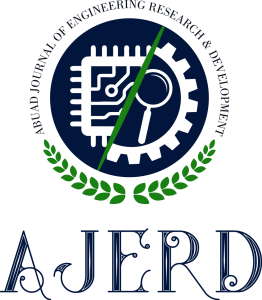 Except where otherwise noted, the content on this site is licensed under a Creative Commons Attribution-NonCommercial 4.0 International License.